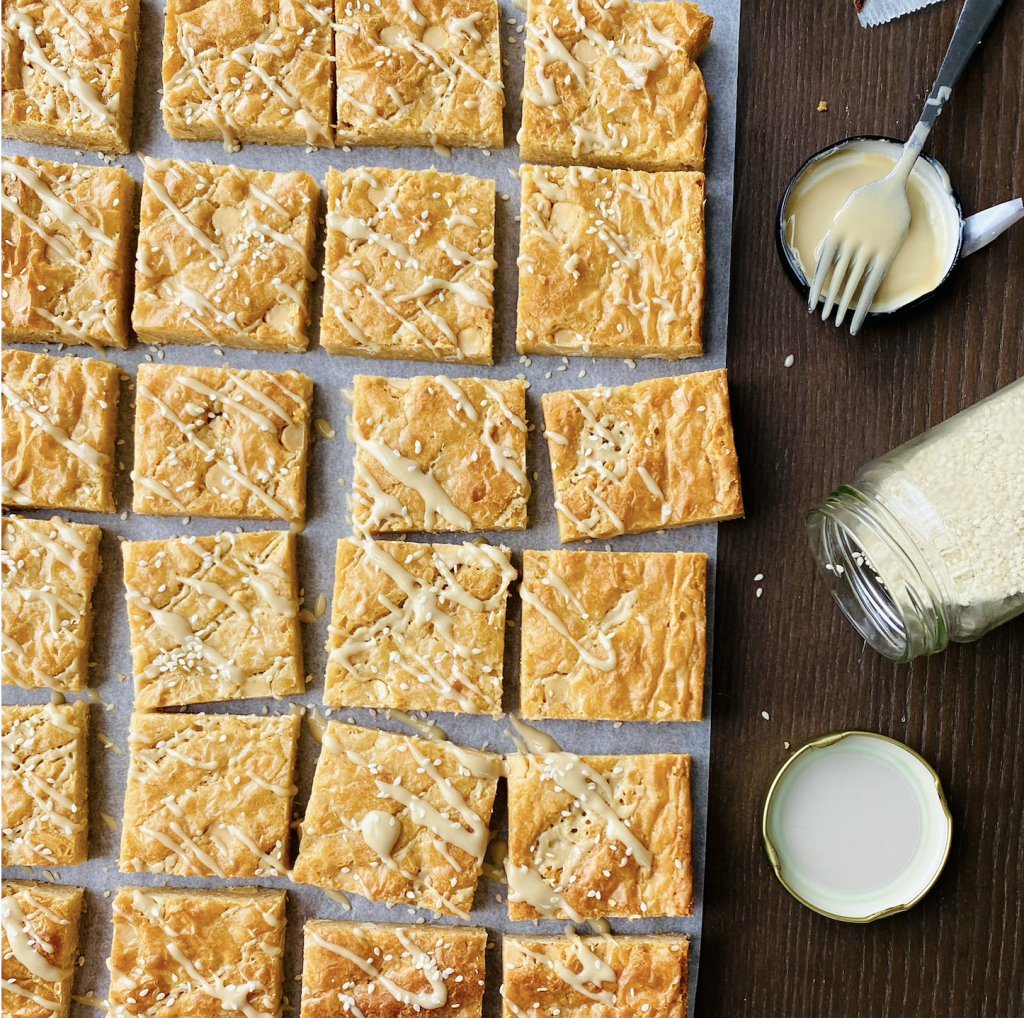 I’ve often found blondies a little too sweet. White chocolate is typically sweeter than milk, and brownies are often make with dark, giving them a deeper richer flavour. White chocolate brownies (ie blondies) don’t have this, but combining them with the umami flavour of sesame creates an extra depth and takes the sweet edge away. 10/10 would recommend to a friend.

Pre heat the oven to 170C fan. And line a brownie tin with a layer of foil, and then baking paper over the top.

Melt the chocolate & butter together (either in a bowl over a pan of water, or in the microwave).

Whisk the eggs & sugar together until foamy, then add the tahini and stir.

Pour the tahini mix in to the chocolate mix and fold together, then add the flour, salt and chocolate chips and fold again.

Pour in to the tin into an even layer.

Bake for 20-25 mins until there is a slight golden crust on the top, and there’s still a small wobble when you shake it.

Cool slightly, before chilling in the fridge until solid. Top with another drizzle of tahini and a sprinkle of sesame seeds. Then slice!