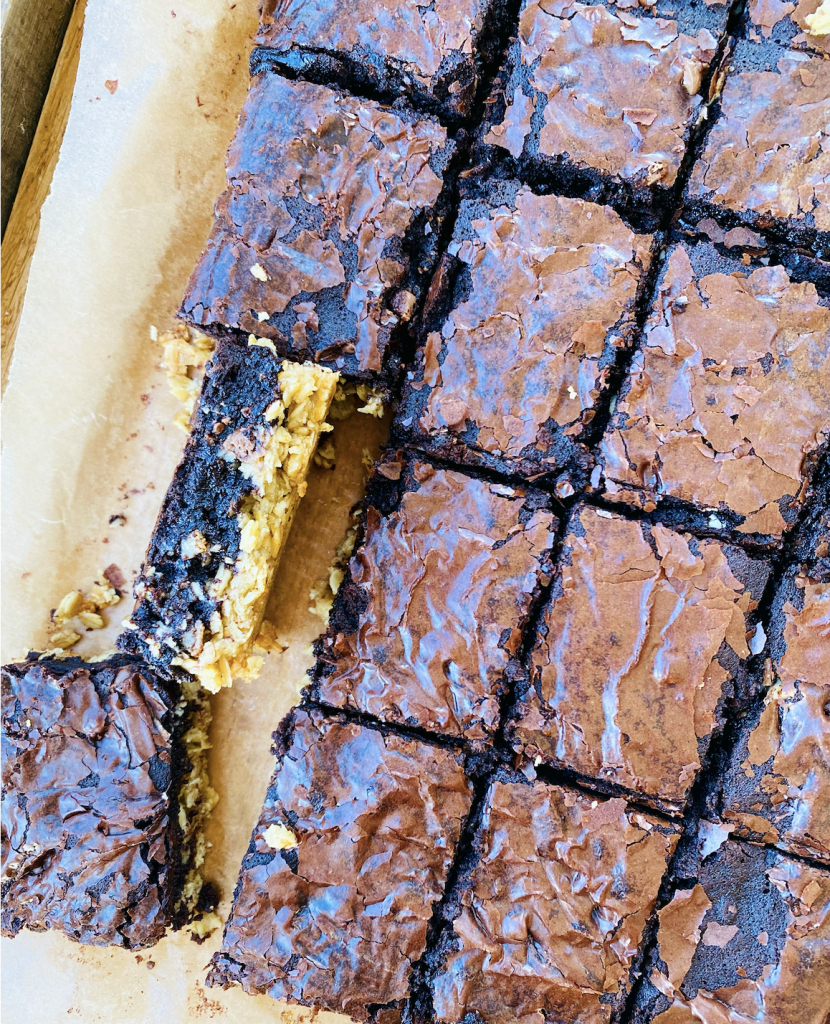 These have been christened ‘Drop the Mike’ Brownies after Coach Mike Allen who inspired them. He wasn’t able to choose a favourite between flapjacks & brownies so I made  a hybrid and it turned out pretty darn great. They’re also not that hard to make which is a bonus.

Line a brownie tin with a layer on foil & layer of baking paper (foil on the bottom).

Start by making the flapjack mix. In a saucepan, melt the butter, sugar and golden syrup together until there’s o sugar grains left.

Add the oats and stir to combine.

Press the mix in to the base of the lined tin, use the back of a spoon to make it as compact as possible.

Next in a bowl (either over a pan of boiling water, or in the microwave) melt the chocolate & butter together until smooth.

Pour the brownie mix on top of the flapjack and spread out, being careful not to move around/lift the flapjack base. Think about ‘pushing’ the mix rather than spreading it.

Bake in the oven for 20-25 mins until the top looks dry. Leave to cool completely before slicing in to squares!