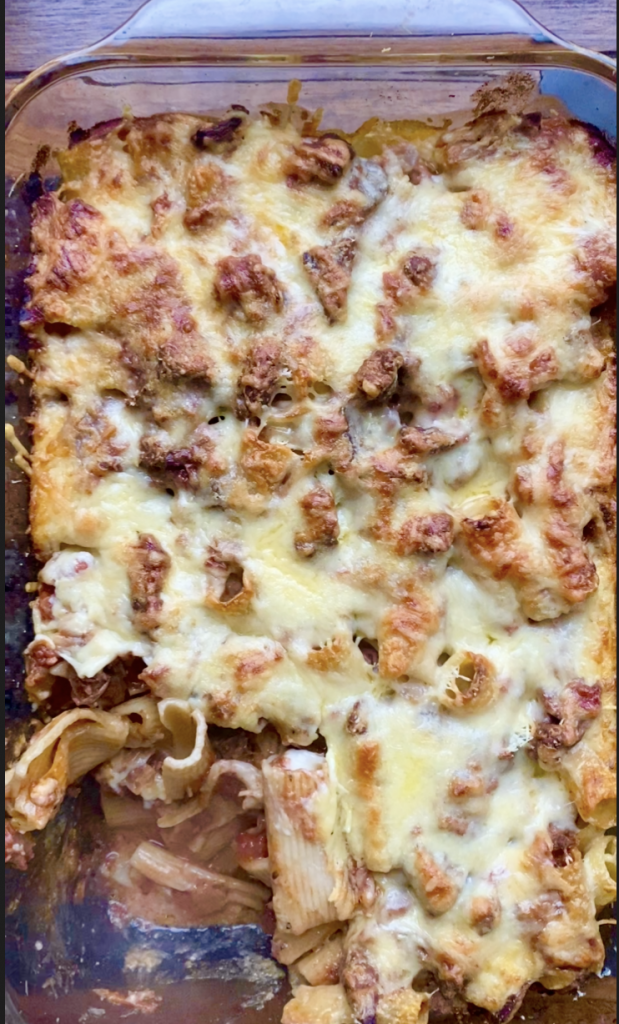 For the ragu sauce

For the white sauce

Beef blade is one of the cheaper cuts of beef, it requires a longer cooking time, but it’s very, very worth it. I’ve adapted this recipe (which can also be made with mince!) to use beef blade to give a more indulgent edge.

Cut the beef blade in to evenly sized chunks (if not already diced). Add to a large sauce pan with the oil and brown on all sides, then remove.

Finely dice the onion & garlic, add to the pan and cook gently until starting to soften. De glaze the pan with the red wine and scrape anything that has stuck from the bottom.

Return the meat to the pan, with the tomatoes, bay leaves, stock, water, oregano, salt and pepper, and chilli if using. Put a lid on the pan and place in the oven for 30-40, removing the lid for the last 15.

Meanwhile make the white sauce – melt the butter in a saucepan, when fully melt, add the flour and whisk to create a paste. Start to add the milk a small amount at a time whisking thoroughly until a thick sauce is made. Whisk in the egg yolks & nutmeg, and season with salt and pepper.

Cook the pasta in salted, boiling water until soft. Then drain.

To assemble, take a large baking dish and add the pasta in a layer (traditionally you’d use pastitsio noodles and line them up in a neat and orderly fashion. I, however, don’t have time for that, so in this recipe you can use whatever tubular pasta you fancy and just chuck them in the base of the dish. Remove the bay leaves from the ragu sauce and pour over the pasta. Top with the white sauce, followed by the cheese, and bake for 40-45 minutes until golden.